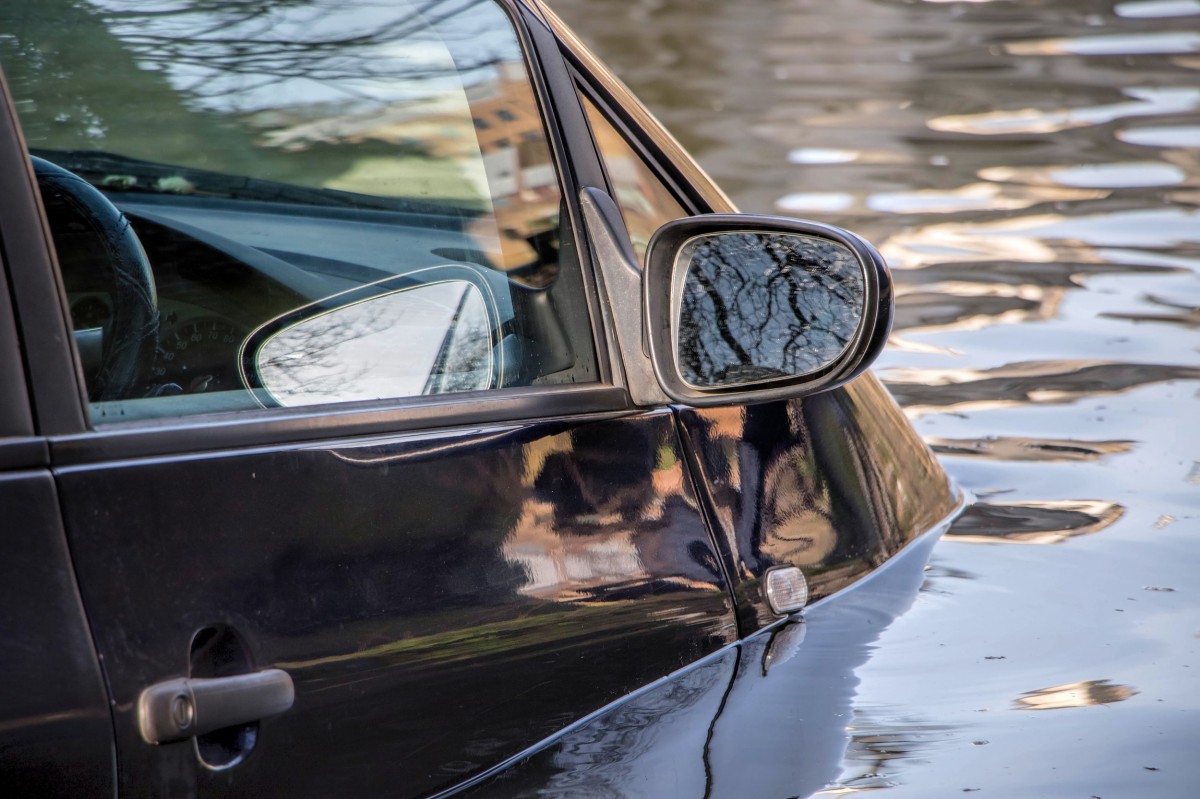 Unless you are confident in your abilities as an automotive mechanic, there is really only one rule when purchasing a flood-damaged vehicle: don’t do it. Unfortunately, sometimes sellers aren’t particularly straight-forward with their used cars. Many will try to hide the fact that it’s been damaged by floodwaters at all or try to convince potential buyers that the car is in fact fine. “It has gone months with no issues” or “technically it is flood-damaged but” are two red flags, and while it isn’t impossible for a flood car to be fine, it’s altogether a good idea to stay away.

The problem with a flood vehicle is that often, extremely tricky and expensive issues don’t arise for months or even years after a car is purchased, especially with modern vehicles. Any vehicle made in the past 30 years will have sensitive and complicated electronics onboard. Frequently, a car exposed to flood water will not begin to show damage to electrical components for quite some time, as it takes a while for condensation inside electrical boxes and computers, and rusting wires and connections, to begin wreaking havoc.

Mechanical failures often occur long after a car has been rescued from a flood as well. Water will leak into automatic transmissions that have been exposed to flooding, and even after it has been thoroughly flushed, trace amounts can destroy a transmission from the inside with nearly no warning. Transmissions are centered low, so even relatively shallow water can find its way inside. This same principle applies to engines as well; though they are a bit less sensitive, water in your oil will destroy an engine’s internal moving parts.

There are various warning signs and ways to spot a flood car. First, check the title; many states require that flood damage be denoted on the vehicle’s title. Sometimes the title will just say “rebuilt,” which doesn’t necessarily mean flood damage, but could potentially. There are however plenty of vehicles out there with a clean title and a soiled past, so use caution either way. Carefully check electronics to ensure they work properly, moisture will often make vehicle electronics behave erratically. Check for water lines on the outside and inside of a car - discoloration or watermarks, similar to those you would see in a bucket which water has evaporated from, are clear indicators of flood exposure. Dampness, moldy or musky smells, and excessive and consistent dirt across surfaces also indicate flood damage. Unfortunately, most of these things can be cleaned or covered up by a seller and may not be obvious. Just because the vehicle is being sold by a dealer doesn’t mean you should trust it either, as a dealer you don’t know could be really talented at covering up flood damage, and a dealer you trust may not know the vehicle’s complete history.

If you are suspicious of a vehicle and think it may have been exposed to flood water, have it thoroughly inspected. If you are buying in an area that floods frequently or has flooded recently, have the vehicle inspected. Attractive deals tend to appear after a flood, so beware of any deals you come across that seem too good to be true. Most vehicles of this nature end up in auctions and shipped across the US, so even if you are hundreds of miles away from a flood, it is a good idea to stay cautious. The only way to be sure a car hasn’t sustained flood damage is to inspect it carefully on a hydraulic lift, where someone who knows what to watch for can get underneath the car and take a look. If you have any concerns, or you just want the peace of mind, bring your potential buy to Ray & Roy's Repair, Inc. in Spokane, WA and let us check it out. A trained eye and a vehicle lift goes a long way when inspecting a vehicle for flood damage, and our professional mechanics are equipped with both.

Thank you for visiting Ray & Roy's Repair, Inc. in Spokane, WA. Count on our automotive repair technicians to keep your car, truck, suv, or van on the roads longer and safer.